Accueil / Activités / Annecy and its surroundings / Castles and dungeons

Let’s start with the most popular that you can see from your room; he inspired Walt Disney for Sleeping Beauty’s castle during a stay in Talloires in 1930. This castle has been owned by the Menthon family since the 12th century. Costumed tours are regularly organized there.

The castle of the city of Annecy will offer you a sumptuous panorama of the lake and the old town as well as an interesting visit to the local heritage and its collection of modern works of art. To access it, prefer the small narrow streets starting from the rue Perrières and going up to the heights of the city.

The castle of Duingt visible from your room on the right, unfortunately not open to the public. 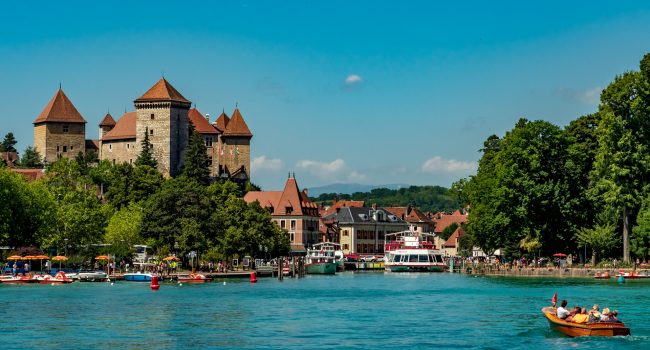 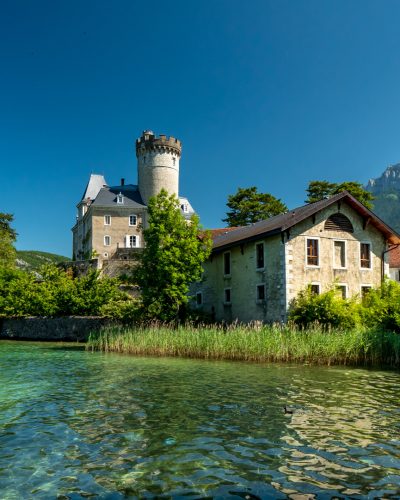 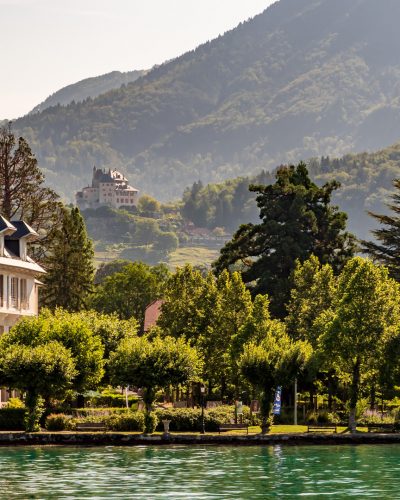 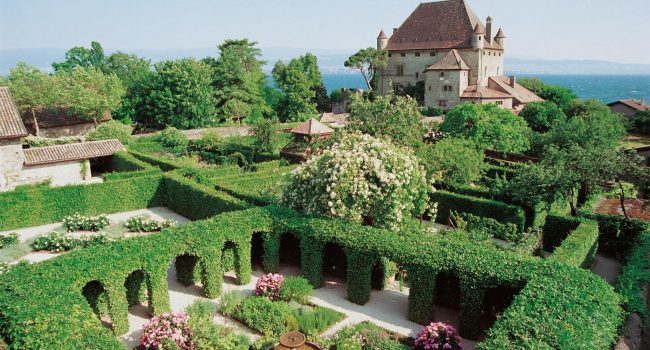 We like nearby the castle of Thorens on the road to the Mecca of the resistance of the Glières plateau. This castle, whose construction dates back to the 11th century, belongs to the de Sales family.

Built from the 13th to the 15th century, the Château de Montrottier with its keep and turrets, looks like a medieval fortress.

Finally one of our favorites and unmissable despite the impossibility of visiting the Château d’Uvoire. Built in the 14th century, we love its environment. With its feet in the water of Lake Geneva, it is in the heart of one of the most beautiful villages in France. Do not hesitate to push open the door of the garden of the five senses set up in the old garden of the castle. A wonderful garden, a real enchantment in spring.

Of course, it is not a castle, but during your visit to Geneva do not miss the (free) visit of the Tavel house, which is the oldest house in Geneva. You can admire a beautiful collection of typical furniture. On the first floor of one of the windows, a magnificent viewpoint over the harbor of Geneva and the old town.